Jake’s untimely death by hanging triggered a ‘Serious Incident Review’ carried out by the GMW Mental Health Trust. I was invited to attend a meeting at the trust on 07/10/2015 with Ms. F, Service Manager CMHT and EIT.  The meeting lasted over an hour and a half and I felt confident that I had been listened to and that my key questions would be answered in the review.

The morning after the meeting I received an email from Ms F to say that she had found our meeting ‘tragic, yet heartwarming at the same time’  I often remember these words.

Whilst waiting for the Review to be completed I was also having to deal with the Coroners Office in preparation for Jake’s Inquest which was scheduled for December 3rd 2015.  Looking back, I don’t know how I managed to stay so focused, I guess I may well have still been in shock.

There was an extension given to the deadline for the SIR as more time was needed to carry out investigations. Finally the report was complete and I was invited back to the GMW Mental Health Trust to meet again with Ms F.  I remember making the journey to this meeting hoping for the best, but knowing that I could come away feeling totally let down.

The report was right there on the table between us and I felt sick with stress.  Ms F explained that she would talk me through the report and summarise the key findings. It was difficult for me to take in each page and all of the words.  When I was more settled, It started to make more sense. My overwhelming feeling was that this report lacked a backbone.  The language was dumb’d  down in places and comments like

What on earth..???!!!  TA had a policy already in place, to work  with referrals from PF (young peoples substance misuse team).  This is because PF cannot themselves prescribe.  Basically this report was saying that they weren’t used to this type of situation and how to support someone like Jake.  Unbelievable!

There were various other things that I picked up on and asked questions about and then this…..

I skimmed though a particular paragraph over and over and then asked the question “So what about the letter from the GP to TA saying don’t hold back on prescribing”? “Where in this report is the acknowledgement of this letter/fax sent back in June 2015, just 2 months before Jake died”?

Ms F’s face became very serious and she asked “what letter”? “TA don’t have a letter, if they did it would be on their system and in the report”.  I replied that “Either the GP is lying or TA are lying”.  I made it very clear that I believed that this letter was sent by Jake’s GP to Dr. M at TA and that the instruction from the GP in this letter, could potentially have saved Jake’s life and that I want to know why it was not acted on and why there is no mention of this letter in the report.

Ms F. looked very stern, made some notes, and assured me she would look into this as a matter of urgency.  The Inquest was only a week away.  I made my way home with a copy of the report feeling like I still had far more questions than answers.

Over the next few days Ms F. and myself exchanged a number of emails and I remember becoming upset at how the Trust seemed to be remaining tight lipped on a number of issues.  Ms F. sent me a final email that read….

“I just want to support you……….”   That is honestly all it said, and it made me think that this individual is torn between covering the backside of the Mental Health Trust and being human.  I was lost for words, I really was.

The Inquest was now only 2 days away and I had still not had any response or answers about the missing letter.

Friday 3rd December 2015 was the day of Jake’s Inquest at Stockport Coroners Court.  My anxiety levels must have been to the moon and back.  I will write a separate blog shortly to explain what happened at the Inquest.

Know that your flight makes a difference 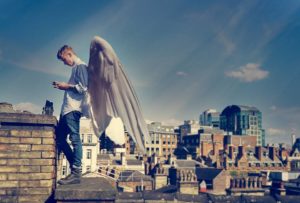 I hope you know that your flight makes a difference.

That your butterfly effect is infinite, that you know that you are away from our plane leaf, flying where we cannot see you, far beyond the scope of I’s and though invisible to us now, you are more beautiful than any creature bound to this earth.

I hope you know  your flight makes a difference.